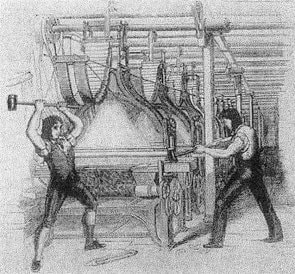 AGAINST THE MACHINE: LUDDITES (research samples) 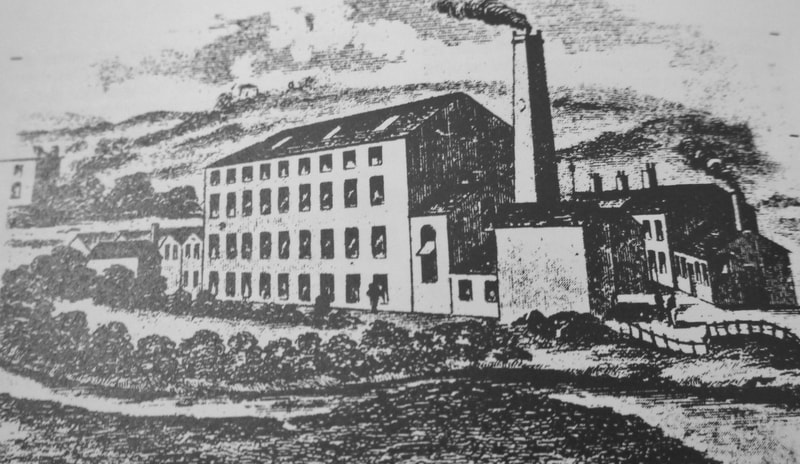 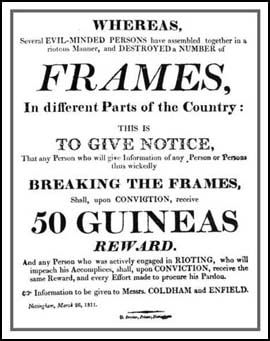 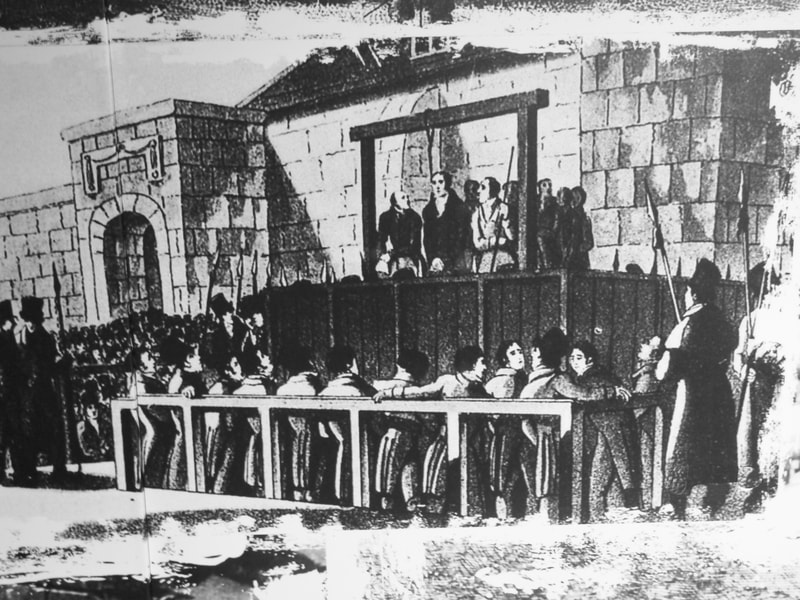 Scroll down
​ ​“If we don’t manage these machines and ourselves who make them, if we don’t marry what we make with who we are … then we’ll all become nowt but slaves!”
Reviews for "Against the Machine: Luddites"
Quick Reviews from Goodreads:

Nat Ward: Awesome read!  It is a splendid story that I loved reading!  I cannot wait to read the rest of the trilogy.  I highly suggest this story to everyone.

Madalyne Dickinson: This book was insane!  I read this all in the same day - couldn't put it down.  Each and every chapter kept me so involved, wanting more and needing to find out the rest.  The ending shocked me.  It was one of those books that sent you into panic and on the edge of your seat!

Russ Howe: Great read!  The characters were something else altogether!  The pressure, the build up, the drama... I loved it!  Can't wait for more.  Great job!
by David Reyes, The Book Commentary

"Van Norman has just established himself as one of the great storytellers in the historical genre, crafting a novel that is rich in history and culture and that absorbs the reader right from the very first sentence...."

Against the Machine: Luddites by Brian Van Norman is one of the novels I have read twice before reviewing, because of the beauty of the prose, the wonderful depiction of the social setting with its nuanced realities, and the skillful handling of characters.

The story takes readers to a historical setting in northern Great Britain during the Napoleonic Wars. Readers are introduced to a group of have-nots whose livelihood is gradually taken away from them by the industrial revolution that has replaced the work of human hands with machines. The luddites won’t have any of that, so they set out to destroy the machines. It’s a new war, and how far will it take them?

The narrative features a magnetic protagonist, the twenty-two-year old George Mellor, whose father disappeared from Huddersfield many years ago, leaving the family penniless. George has had to make his own way, “taking ship as a cabin boy advancing to sailor for seven years, until he’d returned to find his mother, Mathilda, remarried to Wood.” He is a natural born leader who possesses experience beyond his years and an almost carnal charisma.

"...challenged my preconception of historical fiction novels and has emerged triumphant. He truly is a master of his craft."​

Against the Machine: Luddites challenged my preconception of historical fiction novels and has emerged triumphant. Brian Van Norman has, without doubt, opened my eyes to a genre that hitherto I was predisposed to overlook. It is a skilfully crafted saga based closely upon events and people in Yorkshire, England, in 1812, full of twists and turns. Right from the first line, “It was snowing indoors.” it grabs your attention and won’t let go.

It is told from the perspectives of the characters, both real and imagined, on both sides of the uprising by the Luddites. The characters are meticulously drawn, strong and well developed, although I must admit, the large number was somewhat challenging. However, from Mellor, the protagonist, down to the seemingly most insignificant character, I found myself empathizing with their profound moral dilemma in pursuit of freedom, justice and basic human rights. Indeed, Van Norman paints such vivid portrayals of even the antagonists’ humanity and their foibles that, at times, you find yourself sympathizing with them in spite of yourself.

It is a tapestry of intrigue and subterfuge woven on the fabric of conflict between the classes and stitched together with the threads of love, passion and courage.

A wordsmith, Brian Van Norman is brilliant at creating a sense of realism so powerful you will smell the gun powder, sweat and fear as if you were witness to the events. He truly is a master of his craft.
​
Be sure to read Van Norman’s previous novels The Betrayal Path and Immortal Water.
by Christian Fernandez,

​"Contemporary readers can easily read the message of this book into their own experience with technology..."
​​
A story that is intelligently plotted, expertly written, and that has a huge potential to seduce fans of historical novels, Against the Machine: Luddites by Brian Van Norman plunges the reader into the period in which the Napoleonic Wars took place and explores a historical phenomenon that is scarcely discussed in books, the threat that the luddites posed to the industrial revolution.  While this is a novel that is well-researched with fascinating and colorful historical hints, it also explores the reality of change and how it affects those who do not stand to benefit much from it.

The industrial revolution is gaining grounds in Britain and with machines quickly replacing skilled labor. The mill-masters are laying off workers, replacing them with machines, a situation that doesn't sit well with George Mellor, a boy whose growth has been precocious and whose leadership skills come just as naturally. George has known what it is like to have nothing and his hardship has left a great impact on him. And he is not alone. His friends Big Will Thorp, Thomas Smith, and Sam are as disgruntled with the situation as is anyone losing work to machines. They start a revolution to disrupt the revolution, attacking machines and even getting involved with murder. But how far can they go before they are stopped?

Against the Machine: Luddites is a novel that is as relevant today as it is telling of the Napoleonic period, a story that brilliantly depicts what happens when technology replaces human skill. Contemporary readers can easily read the message of this book into their own experience with technology, including the AI tools and robots that have stolen work from many hands. Brian Van Norman weaves an unsettling sense of uncertainty into the story and brings to life a social situation that punctuated life in a specific moment in history. The characters are lovely, the prose exciting, featuring terrific descriptions and intelligently crafted dialogues. The humor isn't lacking and the accent of the characters is wonderfully captured in the dialogues. Real as all-get out, from scenes in the mill that depict the condition of workers to the rowdy clash against machines!
By Scott Jones: Goodreads, Google Books

"A fast paced novel with excellent character development..."
​
​          Once in a while, not often enough, a historical fiction book comes along that doesn't feel like a history book; Against the Machine: Luddites is an exciting story and leaves you feeling like you've learned something worthwhile.
Mr Van Norman has taken a little known piece of British history (at least to me) and turned it into a gem of a book. While the term Luddite is not uncommon in conversation, the details of the origin of the term is quite a story. "Against the Machine" traces the Luddite movement in the early 19th century through the men involved in the uprising against the textile owners, the politicians, soldiers and the women who were dragged into the revolt.
A fast paced novel with excellent character development, Mr Van Norman does a good job of conveying the idealistic torment of George Mellor the leader of the movement as well as many of the peripheral characters, some likable, some definitely not.
I highly recommend this book.​
by Deborah Weisberg: Amazon, Goodreads, Google Books

"Many times I find myself returning to past passages and rereading material in exquisite appreciation."
​
​"AGAINST THE MACHINE: LUDDITES" is the exciting long-awaited new novel by meritorious author Brian Van Norman.  Without fail, Van Norman has again accorded us with yet another compelling narrative woven in history and dynamically relevant today. This time he has delivered the bedrock for the original Rage Against the Machines.
In contemporary terminology, "Luddite" is a profound label of insult and anti-progress used to describe those folks disgruntled with any form of new technology. In today's current High-Tech industry modern "Luddites" actuate modern technological rebellions, not by swinging 'Enoch's Hammer', but by weaponizing through the means of computer viruses and various malware zealously designed to disrupt the machines that antagonize and threaten them. Mr. Van Norman ingeniously takes us back in history to the brutal core of the original Luddite movement in order for us to ultimately understand ourselves and our own tortured revolutions.
Established in industrialized northern Great Britain during the 1803-1815 Napoleonic Wars, the original Luddite uprising consisted of organized gangs of malcontented and mostly anonymous men hell bent on destroying machinery mostly used in the textile industry. Provoked by deteriorating poverty-level wages, resulting starvation and the crushing threat of having their livelihoods replaced by machines, the Luddites evolved into the counter-revolutionaries of the Industrial Revolution (19th century).
In "AGAINST THE MACHINE: LUDDITES", partially an intriguing love story, Brian van Norman daringly seduces our sympathies towards these fervently anarchistic rebels. He teases our vigilant hearts open to passionate benevolence, especially flourishing with his main character, George Mellor. Leadership thrust upon him at an early age, Mellor labors through the emotional conflicts of adultery, moral principles and the boldness of his beliefs. Van Norman may have softened our feelings towards Mellor but we cannot avoid asking ourselves the question, "Are the Luddites dignified victims or ruthless terrorists?"
​Through van Norman's vitalized penmanship we feel a remarkable empathy towards his characters and enthusiastic affection for Mellor's mates; Big Will Thorp, Thomas Smith and Sam Lodge.  Noble men, struggling and committed to their deep beliefs. "It ain't the machines themselves, lads, but they're the mark of the maisters' greed. And that's why we must smash 'em!"
I am consistently impressed by Brian Van Norman's talent for and attention to detail, his careful research and strong character development. He has superbly mastered the art of illustrative picturesque writing that honestly should place him in the category of celebrated classical authors. Through his words you can smell the heavily scented wild heather and crisp snowfall and hear the rasping clash of grating unoiled machinery.
Many times I find myself returning to past passages and rereading material in exquisite appreciation. Slows me down but the book is much too good to sacrifice content for time. One of my personal indicators of a great book is how preoccupied one is with the story and characters while away from reading.
​              "Ned Lud did tha'!"
HISTORICAL NOVEL SOCIETY

​“Parallels to technology’s stranglehold on lives and livelihoods today are seamlessly but not anachronistically drawn.”

1812. England faces Bonaparte and a war in America. Novels from this period like Jane Austen’s can ignore this darker side as ladies stroll through the grounds in floating empire gowns and meet dashing soldiers. On the other hand, in novels like this one, you can learn what those soldiers stationed on English ground—more of them there than were actually fighting France—were really up to as the Industrial Revolution took hold in Yorkshire and other counties in the north. The human cost upon which the likes of Charles Bingley made their fortunes initiated untold human suffering.

I found the first couple of chapters daunting as we were introduced to numerous characters: one group, the impoverished Luddites, who were trying to save their livelihoods against machines concentrating the means of production into fewer and fewer hands. On the other side amassed the owners of those machines and the mills they ran on water or coal power. These introductions made it difficult to sort one common English name from another.

​After that, the more important characters came quickly to life, in scenes of debased cruelty as well as elevating heroism. I found the whole saga very engaging, particularly so as we come to understand that these are real historical characters, drawn from court records and lists of wanted and condemned men. Their descendants—including me—walk among us today. The research and style are commendable for accuracy and their ability to evoke the time period.

Parallels to technology’s stranglehold on lives and livelihoods today are seamlessly but not anachronistically drawn.
​​