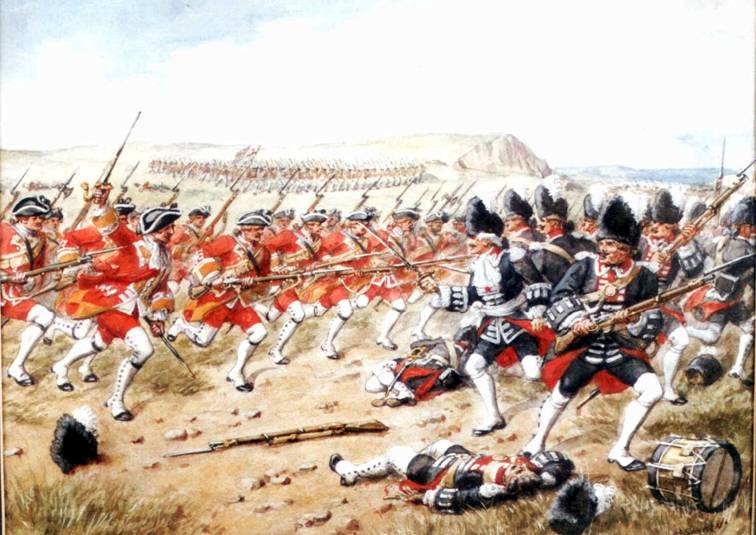 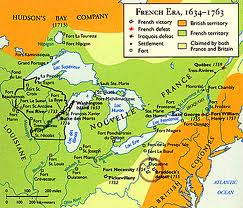 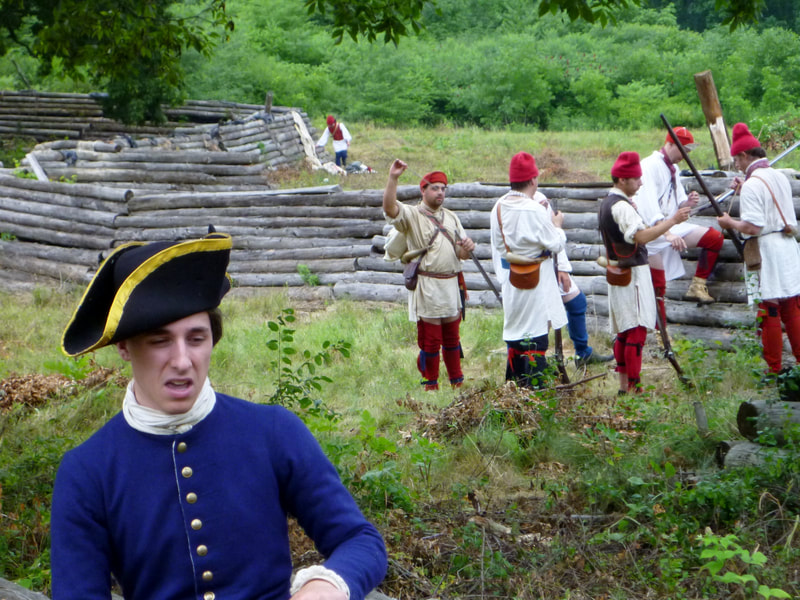 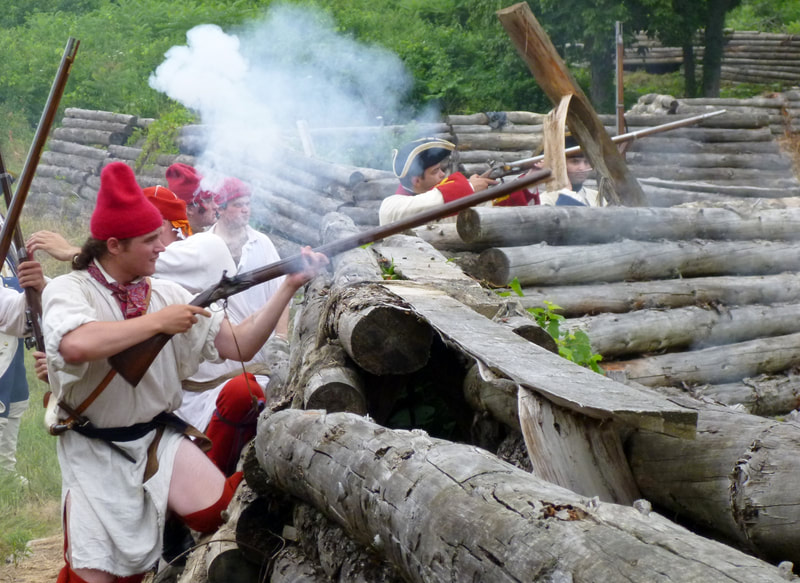 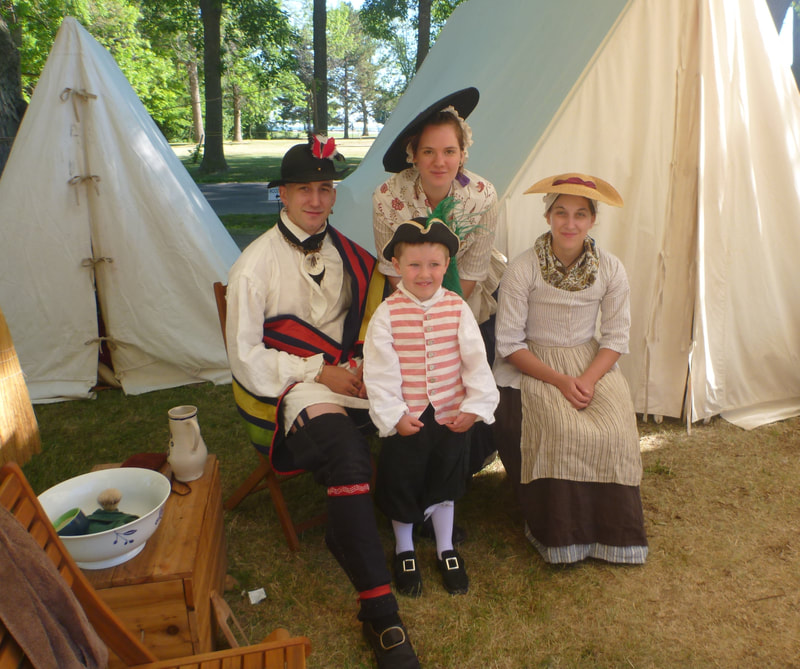 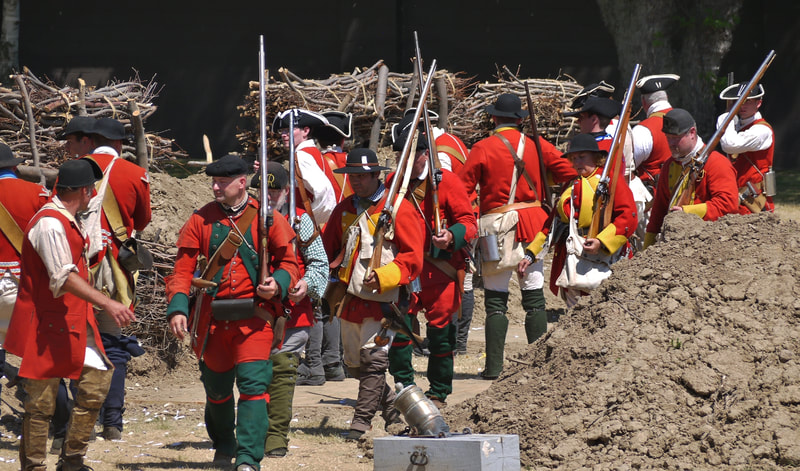 Scroll down
"In the cool of the evening the flies returned to the field between forest and fort. Where there had been morning green was now blackened soot and blood. The ground was littered with scarlet. And the flies feasted upon it." 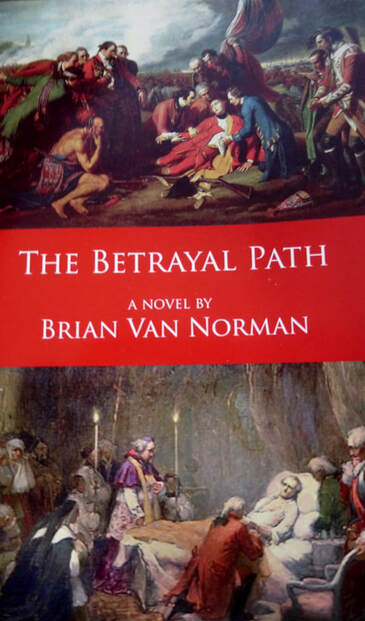 ​An epic novel bringing history to life with a dynamic mix of factual events and human conflict. Filled with plot twists, intriguing characters and a complex love story the novel follows events of the three years leading to General Wolfe’s victory on the Plains of Abraham.

​Alan Nashe, English spy, is summoned from the gaming haunts of Bath to a new assignment. Sent to Quebec, his mission is to discover the state of French defenses and find a way to sabotage them. But within the pit of espionage, fate hands Nashe a conundrum. The war within him begins to reflect that which roils around him.

Enamored of French Quebecois culture and in love with an exquisite noblesse; Nashe wrestles with his conscience. Can he fulfill his duty to betray his new found friends or turn traitor and protect them?
Reviews for "The Betrayal Path"
The Historical Novel Society - Steve Donoghue:

In Brian Van Norman’s expertly-researched and tightly-controlled debut, English spy Alan Nashe is called from his sordid relaxations in the resort town of Bath and sent on a new assignment: make the voyage to Quebec, then a hotbed of political activity in the years leading up to the famous death of General Wolfe on the Plains of Abraham, and spy for the Crown in the midst of the province’s treacherous cross-currents of espionage.
The novel is very much Nashe’s show, but Van Norman nevertheless does an excellent job of fleshing out his large cast of secondary characters, and he accomplishes this mostly through page after page of pitch-perfect dialogue and a good amount of wry, Flashman-style humor.

AMAZING book!!!   The story is absolutely captivating from Page One!   Phenomenally well written and researched to the most minute detail. The creatively, deeply developed characters and story line capture your heart and imagination right off the bat.
I'm usually not a big history fan which makes it even more incredible that I fell in love with "The Betrayal Path'! My book club, especially my Canadian and upstate New York friends, are clambering to read this wonderful book!   We're all hoping that Mr. Van Norman is working on writing more captivating historical adventures!!!

Amazon.ca – Anonymous:
​
I found the book a thriller I could not put down. Intriguing characters, great plot twists and historical fact I never knew!

Goodreads - Marc Stevens:
​
A very good piece of work in the tradition of Cornwell and O'Brien. We can only hope for more!
From Goodreads - Scott:
Excellent book a must read for anyone who enjoys historical fiction. A well written piece about the events leading up to and including the battle on the Plains of Abraham between Wolfe and Montcalm,a critical battle in Canadian history. The characters (both real and ficticious) are well developed and add depth to the story. Mr Van Norman has made this piece of Canadian history so exciting I hope he'll publish some more.
From the Cambridge Times – Bill Jackson:
There are many questions that historians don’t have answers for. The gaps are often replaced by theories, such as the one encapsulated by Alan Nashe – a character created by Brian Van Norman in his new novel The Betrayal Path.

This was an enjoyable read; recommended for those interested in history!

Van Norman has truly brought to life the characters and period in the history of Canada.  He has captured the true essence of the times and people who lived then. It is a great read full of adventure and romance.
From the KW Record –
The Betrayal Path is an entertaining page-turner with a plot that comes to a boil in Quebec at the Battle of the Plains of Abraham in 1759. Part of the fun for readers is in guessing which characters were real people and which are imagined.