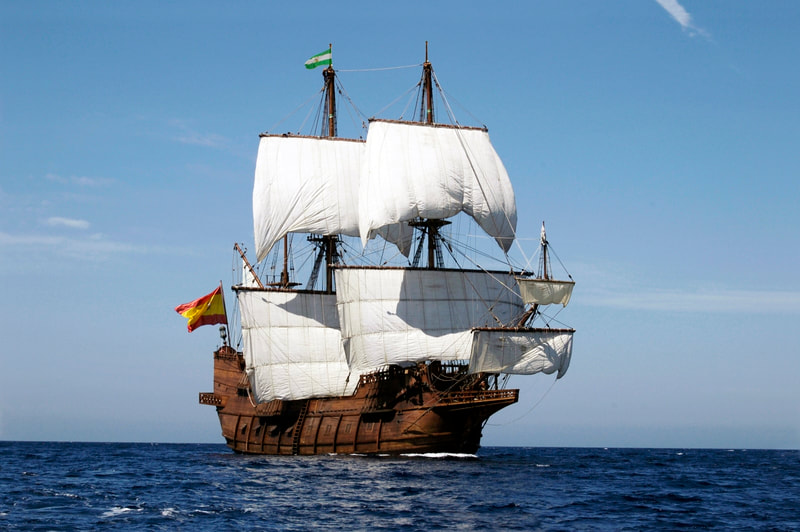 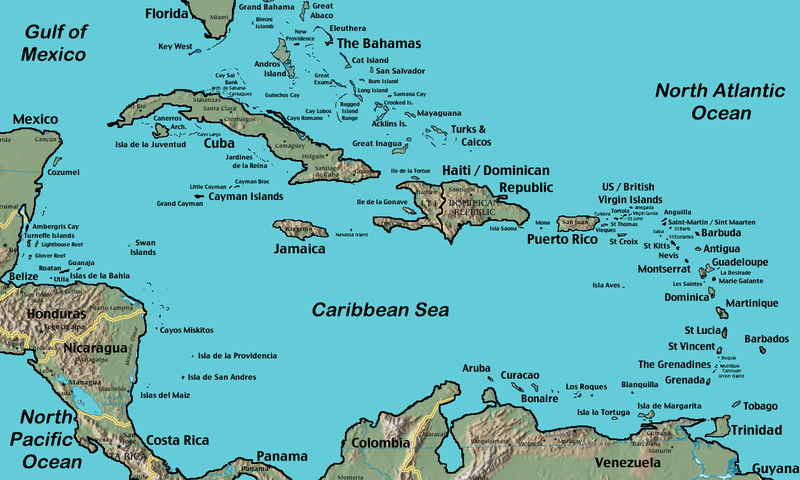 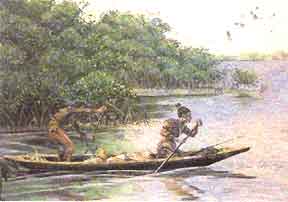 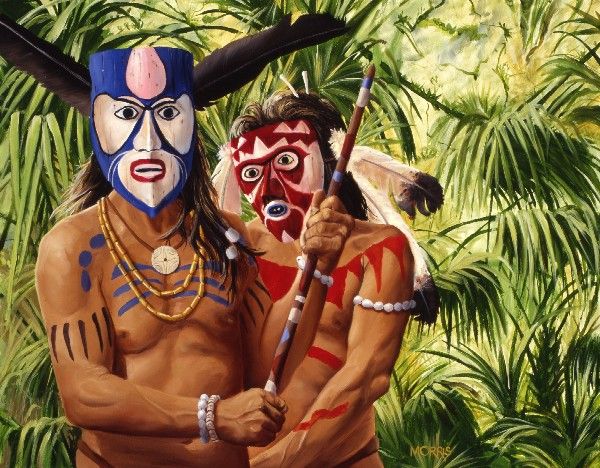 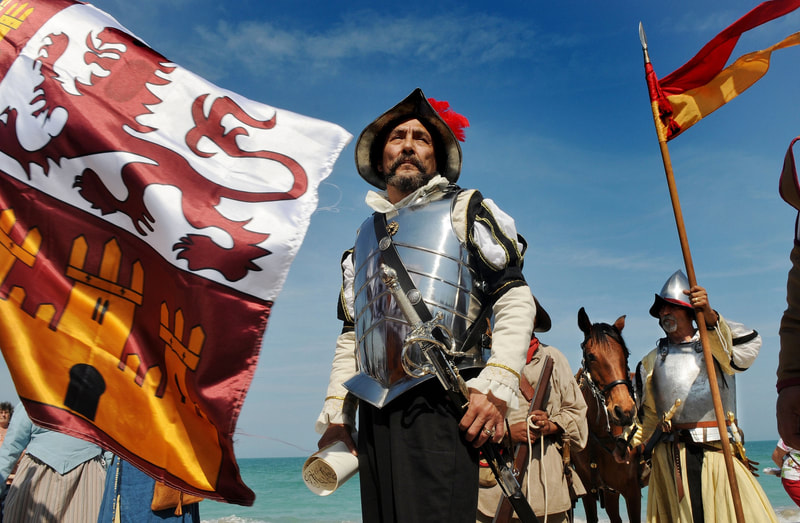 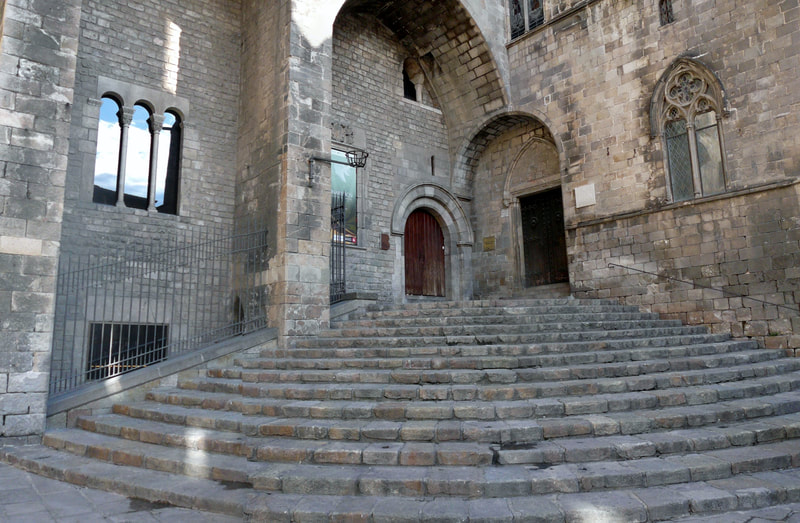 Scroll down
“Immortality, or its illusion, is the greatest gift of youth.  It is a hard thing to grow old. It is not easy as one's limbs grow stiffer, each function less exact; when each thought is more memory than hope." 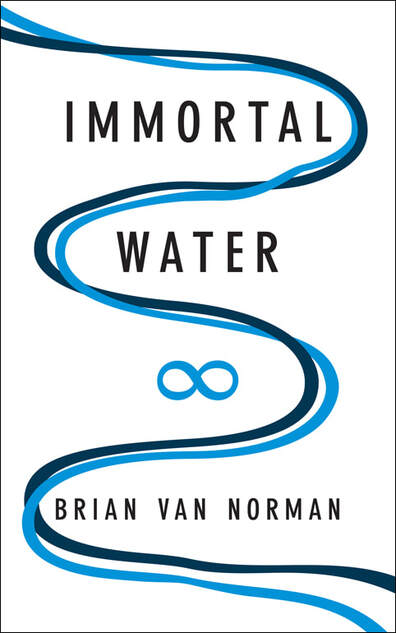 ​An extraordinary tale of the Spanish conquistador Juan Ponce de Leon and a retired history teacher, Ross Porter. In parallel, interlaced plots both men suffer life altering crises. As age steals their powers they obsess in a quixotic search for the mythical Fountain of Youth. In separate centuries, yet with mystic connections, each man’s search reveals significant events in his life. In the depths of a Florida cypress swamp their quests culminate with astonishing results.
Reviews for "Immortal Water"
“Florida Friends” and Neighbours" Magazine
by Pat Girard
Immortal Water is a striking portrayal of the very human fear of aging.  The novel depicts two men from two time periods: the Spanish conquistador Juan Ponce de Leon in the 16th Century and a retired teacher named Ross Porter, in the 21st, both in the midst of mid-life crisis.  In parallel plots the two men become obsessed with a search for the mythical Fountain of Youth.  These protagonists sparkle into fullness as they struggle to remain vital while age steals their powers away.
Exiled by Diego Colon (Viceroy of the Spanish Indies) Juan Ponce attempts to recover his youth and regain his powers politically.  He follows a mystic native woman, Mayaimi, who tells him she will lead him to a magical water in the land of her birth La Florida.  As he voyages toward his destination Juan Ponce keeps a journal, writing about his past, wondering how he has failed.
Ross Porter visits Florida in retirement with his wife, Emily.  Ross feels too young to have retired.  His wife is dying from an incurable cancer.  Ross reflects on his past, fearful of his future alone.  When Emily dies he mistakes her last words as a sign.  He decides, against all logic, to find the fabled Fountain of Youth disrupting friendships and family with his obsession.  He too is led by a woman: a young, free spirited Angela Sayer who wants to become an eco-tourism guide through Florida’s wild, untamed places.
Immortal Water is poetic, intelligent and timely.  Its theme reflects the fears of so many middle aged individuals in our current society where youth is venerated.  With an elegant, convincing style Mr. Van Norman leads his readers on a magical journey.
From Goodreads:
Gorkem Y rated it liked it

"It is hard to thing to grow old. It is not easy as one's limb's grow stiffer, each function less exact when each though is more memory than hope. Yet so go the days, that are the ghosts of what was with the dull recollection of a change that came, and we were no longer young. "
Probably this is one of the most poetic and emotional descriptions regarding getting older that I've ever read. Mr. Van Norman sets very magical words to his readers to reconsider whether they have already pursued their dreams as elders or have already been pushing harder in order to catch them.
Immortal Water is a book that is entirely written about digging out diametrical perceptions of our lives. The writer reflects this perception between two characters: Ross Porter, living in the modern times and Juan Ponce de Leon, the Spanish conquistador. After Ross Porter's retirement, he starts to contemplate his life from the beginning to end along with the accompanying story of Juan Ponce.
To me, I really respected the writer's idea to create a very unique and original idea with the metaphor of water and discovering life as an individual in the light of the depths of history.  All in all, Immortal Water is really a good book to read very divergent experiences about our lives. It pushes to reader to reckon with their own lives with a very poetic book. If you are into reading a different and a unique book, I highly recommend this. I am finishing my review with these amazing words:
"The settled life is the hardest off all: knowing you've stopped by the roadside, knowing your journey is done. Still, even among old men there are dreamers."
Have a great reading!
​
From Amazon:
​by Deborah Weisberg

An adrenalizing neoteric author who is definitely worth notice, Brian Van Norman has done it again. Following his first novel, “The Betrayal Path", he has fired up yet another captivating book that is nearly impossible to put down.
Mr. Van Norman possesses that rare gift of weaving original stories that both galvanize and seduce his readers. Set aside a weekend and climb into a comfy chair to escape into Brian van Norman’s latest intoxicating historical fiction!
​In his latest novel, “Immortal Water”, Van Norman seamlessly braids the antediluvian expeditions of the declining 15th century Spanish explorer Ponce de Leon with his 21st century tormented counterpart, retired history teacher Ross Porter, to innovatively parallel the profoundly personal explorations of each main character.
We are originally introduced to Ponce de Leon through his secret journal; an insightful chronicle of de Leon’s most private thoughts and experiences. Van Norman cleverly guides the reader by his lyrical threading of the emotional restlessness afflicting de Leon throughout his long and dysphoric career. We candidly sympathize with the aging Spanish explorer’s agonizing fall from political grace, the loss of his wife and his wretchedness at being ostracized by his family and his friends.
In these journals we are also first acquainted with de Leon’s paradoxical albatross, the beautiful but savage and mysterious Calusa native guide, Mayaimi. We begin to understand the crucible de Leon carries; the despairing dichotomy of a life gone disastrously sour yet embracing the insular ambition to prolong that life. Haven’t we all yearned for that second chance, a second miraculously gifted voyage?
In a modern day parallel we meet Ross Porter. An Everyman who is intensely anticipating his own exploration in his aging years, content to be shared with Emily: his partner, his wife, his anchor. Porter is ultimately propelled into obsession by the cataclysmic loss of his cherished Emily. We commiserate as Porter’s vanishing acumen is set wildly adrift by his loss.  As it is with Ponce de Leon, Ross Porter is also burdened with misery and a passionate quest to discover the means of prolonging his life.
With “Immortal Water’ Van Norman has hit the nail right on the head in defining the anguish of loss: loss of loved ones, the loss of self-worth and the deep bereavement of lost youth. Van Norman artfully elucidates the futile pursuit of mankind’s capricious hunt for more time, more chances, by using the ultimate backdrop of unobtainable human vanities, the eternally quixotic Fountain of Youth.
Van Norman has again proven his ingenious ability to actualize his characters with prolific creativity and marvelously exquisite prose; intimately familiarizing his readers with each well-developed personality he crafts into life. As well, quite appreciatively, van Norman’s quotations at the head of each chapter are carefully conscripted to enlighten the reader’s unfolding perceptions.
In both of his current historical fiction novels, Mr. Van Norman’s intensive research of his subject material is unquestionably the skillful support which leads to fortifying his complex character development. Entertaining and educational!
​With rising anticipation, I am looking forward to Brian Van Norman’s next novel. What will he astonish us with next?